Falconwood Farms is a camera-ready location available to film industry professionals as a filming location and stunt/SFX previs training facility.  The property boasts several logistical features that make it a desirable location.  We are located just 1.6 miles from I-20, and approximately 40 miles from both downtown Atlanta and the Hartsfield-Jackson International Airport.  Our 80-acre property boasts multiple looks including equestrian arenas, traditional barn structures, dense forests and trails, creeks, grasslands, and a 1-acre lake.

For all film related inquiries please contact Robert Faulkner at 404-694-3195 or locationsrob@gmail.com

Financial Advantages to Filming at Falconwood:  Close to downtown Atlanta and International Airport! 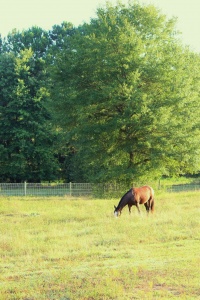 Perhaps the most important aspect that makes Falconwood a “film friendly” location is its camera readiness and ability to handle a full company.  Many locations are unprepared (both logistically and psychologically) to handle a 100+ person film crew and equipment descent upon their property.  Our farm has hosted equestrian competitions with well over 100 people and has been able to comfortably support the additional vehicles, trailers, and horses on the property.

Additionally, Falconwood’s owner and on-site representative is an experienced ALM and member of Teamsters Local 728 and will be there to support production every step of the way.  Essentially, Falconwood Farms can be thought of as an exterior sound stage. 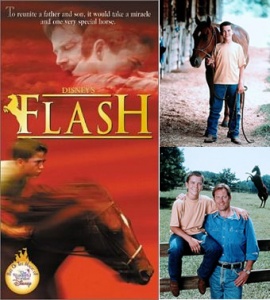 In 1997, Falconwood Farms was chosen as one of the filming locations for Disney’s Flash, a made-for-television movie about a boy and his horse.   Lucas Black, who plays the part of Conner Strong in the film, has gone on to become a hugely successful actor, starring in films such as  Friday Night Lights (2004), Jarhead (2005), and The Fast and the Furious: Tokyo Drift (2006).

In 1994, Falconwood Farms was asked to be a part of the campaign to bring the Georgia International Horse Park to Conyers, GA for the 1996 Olympic Games. Featured are Lucinda Faulkner, Head Trainer Roseanna Lamb, and Big (in memoriam).

What Is Equestrian Vaulting?


We’re on the cover of AVA’s Equestrian Vaulting Magazine!

Our beloved horse, Scottie, and one of our vaulters made the cover of Equestrian Vaulting Magazine!